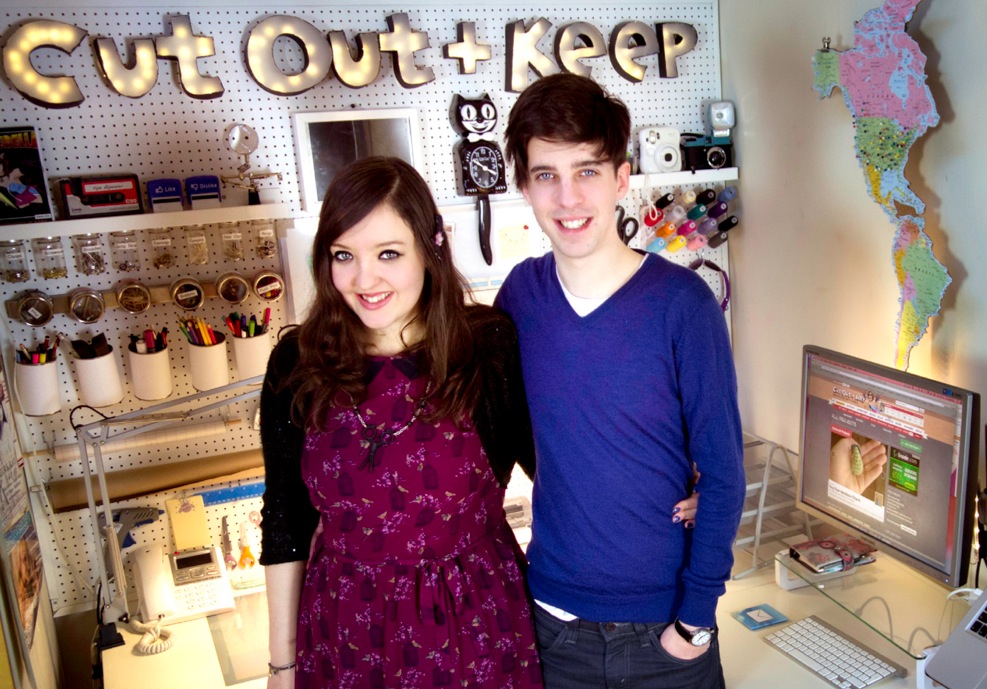 Edinburgh-based Cat Morley and Tom Waddington run the hugely popular craft blog Cut Out + Keep. Cat deals with our members, all of the content, while Tom does the code and technical work for the site, and they have just released their first book Cut Out + Keep: Around the USA in 50 Craft Projects.

Find out more about their fabulous trip around America, their crafting inspiration and more in our interview:

Cut Out + Keep has become phenomenally successful! How and why did you start it and did you ever imagine that it would become as popular as it has? Are you surprised by its success?

Cut Out + Keep started as Cat’s craft blog while we were at university where she would share tutorials for all the things she was making. Tom coded up a system to let her upload and organise all the how-tos. It started to get quite a bit of traffic, so we worked to open up the system, and let anybody share their own projects. From there, it just grew and grew! It’s been really gradual, so we’ve been able to keep pace as it’s grown but it’s amazing to look back and see how far we’ve come. 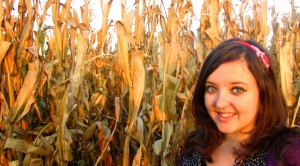 Have you always been creative? Do you have any early crafting memories that stick in your mind?

We’ve always been creative. Cat crafted a lot with her Mum when she was little and every Halloween, she would have an amazing costume – usually whatever Disney Princess was popular at the time.

Do you have any crafting disaster stories that you can laugh about now but didn’t feel very funny at the time?

We were originally going to make some Baked Alaska Cupcakes for Alaska but had crazily underestimated how difficult it would be to make one, nevermind 12 mini versions. We opened the oven to find a gooey runny tray of melted ice cream and squishy meringue. 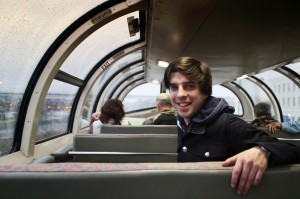 What other skills do you have? Is there anything you’d like to try but haven’t done yet?

Tom’s an amazing musician – he made the music for our Google video and Cat loves to draw. She’s been working on a comic book of the site’s mascot, a crafty superhero called Crafterella. We also love trying new things and visiting new places, so I’m sure there’s lots we want to do but just don’t know it yet.

How much of a part does art and creativity play in your life? Who or what inspires you?

Art and creativity is a constant part of our life – from working with other crafters to feature their work to testing out products by crafting with them for companies. Inspiration strikes everywhere and all of time, so we make sure to keep our ideas organized with scrapbooks and on Pinterest.

Do you think traditional skills are becoming lost? Do you think younger generations are in danger of losing their creative skills, of actually doing and making, rather than swiping and clicking?

The skills are always evolving, I don’t think anything is being lost. What’s fantastic is that younger generations can instantly look up what they might want to make, and get the hang of teaching themselves a new skill without being taught. The best motivator for doing something yourself is to get a unique result that’s exactly your style, and often without spending any money. And the only way to do that is to DIY – and always will be! 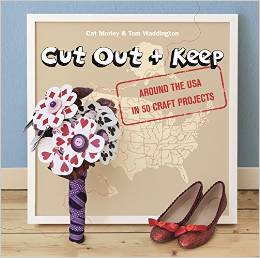 Can you tell us a little about your new book? Where did the idea to craft your way around the US come from?

As we started roadtripping, curiosity started to get the better of us, and on a trip from Minneapolis back to Omaha, we took the long route… via North Dakota! As we saw more and more of the country, the personality and uniqueness of each state really began to shine though. During the long drives, we’d chat about what to craft for each state as a souvenir to make the most of the history and personality of the area.

How long was your road trip for? What advice would you give to anyone else planning a road trip that big? Did you plan the whole thing beforehand or did you just set off and see where you ended up next? What was the highlight and what was the worst thing you had to deal with?

We did two trips – the first, for 6 months, based in Omaha for 3 months while we learned to drive and bought our first car. Then, a 3 month stretch up through Canada, down the West Coast and back to New York, with plenty of detours on the way! That got our first 48 states, then we took a second trip to visit Alaska and Hawaii, followed by a road-trip to revisit some of our favorite spots over 2 months more roadtripping. It was a huge amount of fun!

We mixed some planning with lots of decisions made on the day. We took our iPad, and that meant we were able to plan routes, book hotels and ask our members for suggestions on the go. We’d always know which direction we’d be heading in, and used the driving time to plan our time in each city. We made sure to book our more unusual hotels ahead of time, and then tried to pick up cheap last-minute motel deals for the rest.

How difficult was it to come up with the projects?

Some were really easy to come up with but others took more time and research. The first one was Ruby Red Shoes for Kansas because of the Wizard Of Oz. Some of the hardest were New York and California because there were so many strong themes to choose from for each state. Our favourite would be the License Plate Notebooks we made for Michigan – they were lots of fun to make and they look really kitsch! 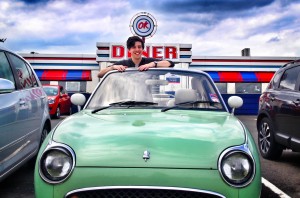 Finally, what are your plans for the future?

We just a bought a super cute retro car and have been taking it on mini road-trips around the UK. We have our heart on Europe next and a few other book ideas in mind. We hope the book will introduce lots of new crafters to the site and our next huge craft project might end up being our wedding.

Cut Out + Keep: Around The USA In 50 Craft Projects (Laurence King Publishing) is available from all good book sellers including Amazon now (rrp. £17.95). See what we thought of it here.