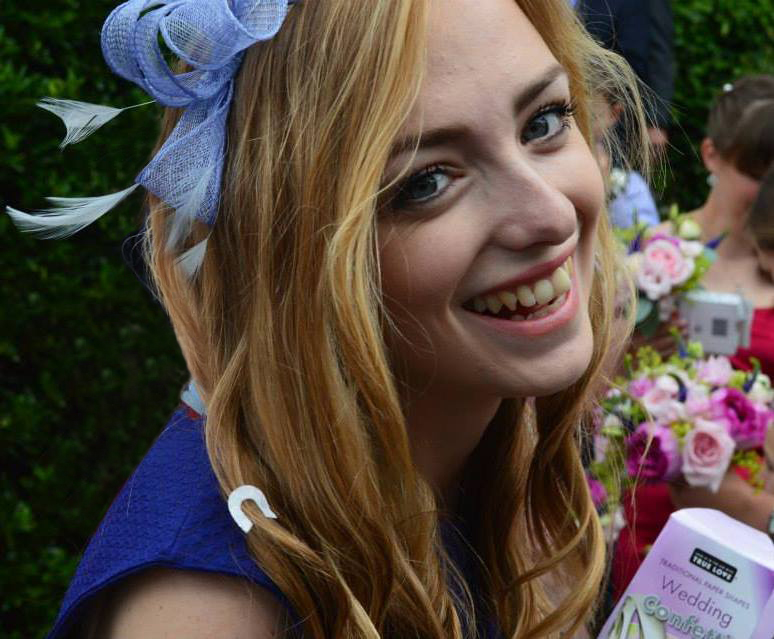 This week Make It Shabby meets children’s illustrator Emily Stanbury whose new book titled: Geronimo: The Dog Who Thinks He’s a Cat is due for release in the spring.

Emily has always been a keen artist. ‘I have been drawing for as long as I can remember,’ she says. ‘My parents always tell the story of when 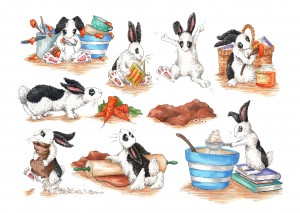 I was a child and unlike other children playing with toys or video games I used to sit at the kitchen table with one arm around my cat and the other happily drawing away. It still surprises me that people want my artwork on their wall. I always thought my Mum would frame my pictures as a kind gesture or because she felt obligated as a parent so I still get a buzz when people contact me for a portrait of their pet or for a painting to give as a present. I find creating personalised gifts just as rewarding as seeing my illustrations inside a book.’

Growing up, creativity was something that was always encouraged. ‘I’m lucky enough to come from an artistic family. While I have always enjoyed drawing and painting I was 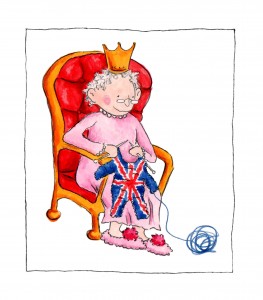 also taught how to sew and knit at an early age so I am capable of mending clothes when a hole appears. Creativity has always played a large part of my life.

Living in Cornwall I am surrounded by inspiration so wherever I go I take a camera or sketchbook to record what I see. In my spare time I enjoy painting landscapes and seascapes with watercolour. During the summer I enjoy nothing better than sitting in the garden or on the beach and painting what is around me.’ Emily shares the development of current projects with her Twitter followers and Emily’s completed works are displayed on her website.

Emily began illustrating for children at Falmouth University and has continued ever since. Since graduating, Emily has been enjoying drawing everything from mischievous animals to the Royal Family, and recently received a letter from the Queen complimenting Emily’s illustrated 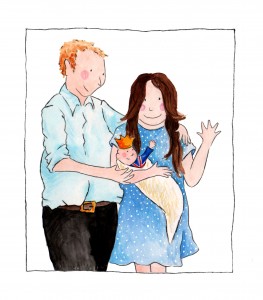 children’s story about Prince George learning his royal duties. ‘I drew the pictures for The Royal Baby shortly after Prince George was born. I have always loved the excitement of a royal event, like the Jubilee, so I wanted to create illustrations that would excite children in the same way. 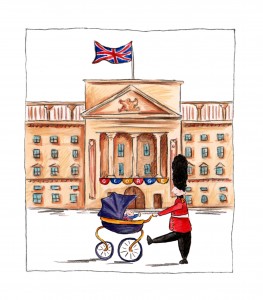 After posting them on Facebook I got such a positive response from them that I put a story behind the images and made it into a book. The story is about the royal family teaching a new prince his royal duties. After much persuasion from my Mum, I sent the book off to the Queen and the Duke and Duchess of Cambridge. I felt very silly doing so and I couldn’t believe it when I got a reply from both saying how much they enjoyed it!’

Emily’s portfolio includes creating images for companies’ websites and illustrating stories with clients including online children’s retailer Oscar and Patch and children’s comic Puffin Post. She now has plans to set up her own online shop in 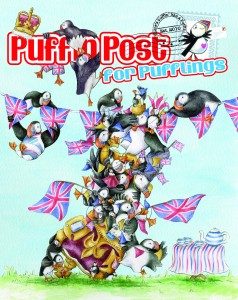 order to sell prints, cards and original artwork. ‘I was often approached by family and friends to create something personal for them. Social media allowed my work to reach a broader spectrum of people and I got the same requests from people I didn’t even know. Articles inside Cornwall Today and The West Briton after receiving my royal letter helped gain a huge amount of publicity for my work.’

Emily’s inspiration comes from customer’s themselves: ‘The process of creating an image starts when people email and ask if I could draw their dog, for example. I ask for a photo and brief description of its personality and from this I can draw or paint a character of their dog, wrap it up and send it off in the post!  I have been asked to paint a lot of Christmas and Christening presents this year. Many involve tractors so I now know the difference between a Claas model and a John Deere!

That’s not all the new year has in store. March 2015 will see the release of Emily’s first illustrated book titled ‘Geronimo: The Dog Who Thinks He’s a Cat’, (Wacky Bee Books), about a big gangly dog looking for a home. ‘I drew inspiration for his character from my black and white cat called Thomas. He turned up on my doorstep a year ago and has made himself at home ever since.’

And what of the future? ‘The highlight of my artistic career is getting to illustrate a book that is going to be published. I have always been inspired by stories and loved books so to have one of my own on my shelf is going to be a dream. My hopes for the future are to continue illustrating books and creating enchanting images for children.’

Make It Shabby has a feeling we’ll be seeing a lot more of Emily’s illustrations yet!

Are you an artist, foodie or interiors fan who turned a hobby into a career? If you would like to share your story in Make It Shabby’s ‘We Meet…’ feature, email us at info@makeitshabby.com and let us know.