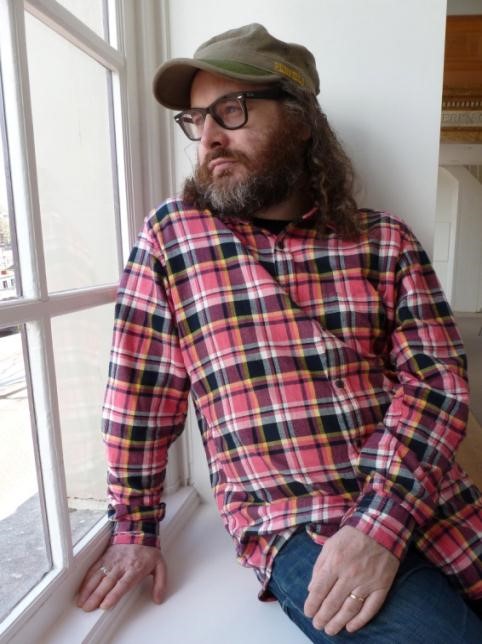 Following his latest release The Kingdom Revealed, papercut artist and author Rob Ryan shares his own story with Make It Shabby. Find out how he began and his hopes for the future in our interview:

How long have you been papercutting for? How did you begin and when did you realise that you had such talent for creating designs that people wanted for themselves?

I went to Art College. That was the beginning; I went to school and I liked doing Art so they led onto each other. I didn’t do it because I thought people would like it. I did it because I enjoyed doing it and I thought I was good at it and I liked it myself. Whether people like it or not is neither here nor there really, you do it because you have a need to do it and you are trying to create something.

I suppose the first time you sell something is the first time you realise somebody wants it. The first time I sold a picture was in the Peacock Public House in Mansfield Road in Nottingham. Me and my friends were at college and had a little exhibition in the saloon bar of the pub. I put up a picture and a woman asked to buy it. I can’t tell you the exact date but I can tell you the year within one year or two, I think it was 1983 or 1984. 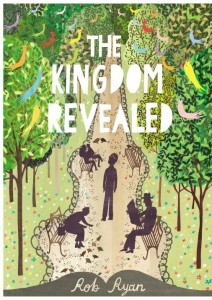 What current projects have you recently been working on?

We just did a whole edition of the Stylist, about 40 pages for their Christmas issue. It was the whole magazine so it’s a massive thing. Earlier this year I did a book, “The Kingdom Revealed” which is the second part of a trilogy. I’ve done lots of things in between but those are the two really big projects of 2014.

Apart from work, how much of a part does art and creativity play in your life?

The two aren’t divided, its not like I go to work and become an artist. The two are one thing – I don’t have a job, I am an artist. I don’t stop when I come home from work, I don’t switch off having ideas. It’s one thing for me.

Did you always want to run your own business and work for yourself?

This goes with the territory of being an artist, if you are an artist you work for yourself. I pretty much decided to do that when I signed up for a Fine Art course.

What advice would you give to other artists who are just starting out?

I don’t really have any advice, everybody is different and I wouldn’t want to give people the same advice that I’d give myself, I don’t know if it would work for somebody else. Hold on to your receipts! If you can do that, it’s quite handy.

What has been the highlight of your artistic career so far?

I did a floor for the UCLH Macmillan Cancer Centre. It’s permanent and people can see it and get something out of it when they are visiting this hospital. I don’t know what the pinnacle of my career is or even how you judge that but I guess that this will be seen by a lot of people at a difficult time and is something they might benefit from looking at.

Finally, what are your hopes for the future of your work?

Not getting bored with it and always being interested in doing new things. Really that’s it in a nutshell, to keep loving my work and loving doing it.

If you have an inspiring story of your own to share and would like to be interviewed in our ‘We Meet…’ feature, please email info@makeitshabby.com.