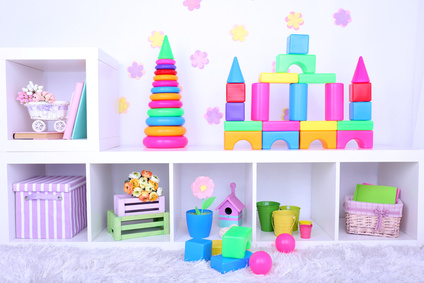 Children are usually pretty hard to crack when it comes to tidying their room. They’ll make excuses, and then, just as they’re finally getting into it, they’ll found a toy from a Christmas cracker three years ago that rolled under their bed and they’re gone.

We decided to make everyone’s life a little easier and composed our top seven tips to get children to play a part in the cleaning of their room, as well as generally keeping their rooms tidy.

Let them know the night before that you’ll be tackling their room tomorrow. This way, they know what they’re doing and can’t say that they’re busy.

Nobody knows anything without learning how to do it first. Kids and tidying are no exception. Show them how you want things done, taking time to talk them through step-by-step. They probably won’t get it right first time but they will get there.

Have faith in them

If they get something not quite right, don’t lose patience. Kids will be a lot more willing if you explain calmly to them what it was that they were doing wrong. If they continue to have trouble, do the task together daily until they are capable doing it themselves.

Turn it into a game

Make up a story or game in order to give them some encouragement.

Every child loves competition, and they love winning. Make it into an intense competition of who can pick up the most toys and neaten the room up the best. The winner gets some kind of prize, like a sweet or control of the TV for an hour.

A lot of the storage used for older children and adults is unsuitable for young kids. They need simple storage solutions, not a heavy toy box they can’t lift the lid off of, or drawers that sometimes need a yank to open. They’re better suited to plastic boxes and underbed units. You can buy the nice stuff when they’re able to use it.

Write up an reward system for every task and room clean they do without being told. They’ll be more motivated to do the chores, and will take pride in their work.

Define what ‘tidy your room’ means

Does it mean making the bed? Does it mean picking up dirty clothes? Putting shoes away? Vacuuming the floor? Cleaning the windows? Let them know what it means to tidy their room, and you’ll be surprised at what a good job they can do.

Keeping a child’s room tidy boils down to two things: an enthusiastic child and an easily pleased parent. They won’t get it right all the time, but with time, practise and patience, they’ll have the cleanest room in the house!