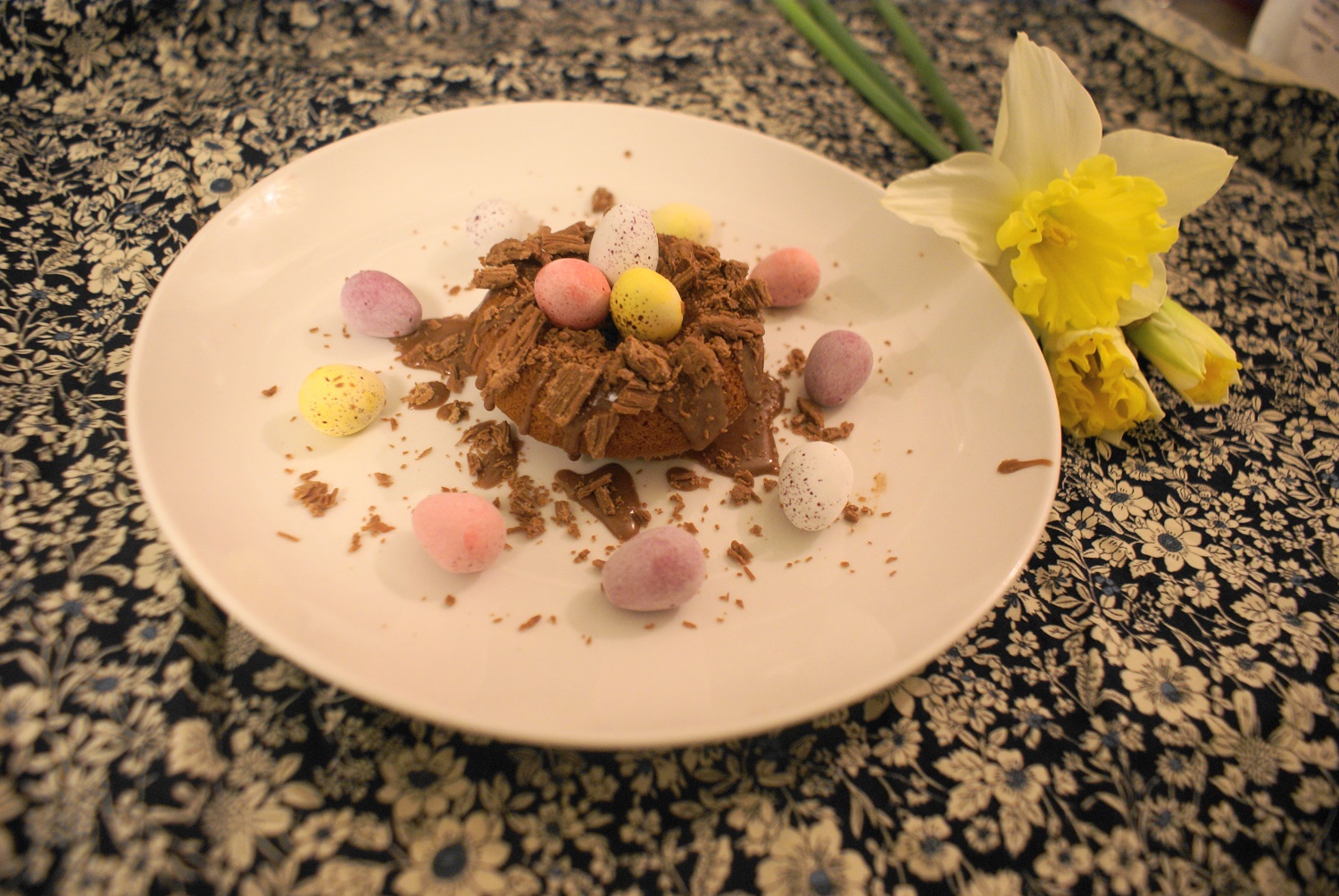 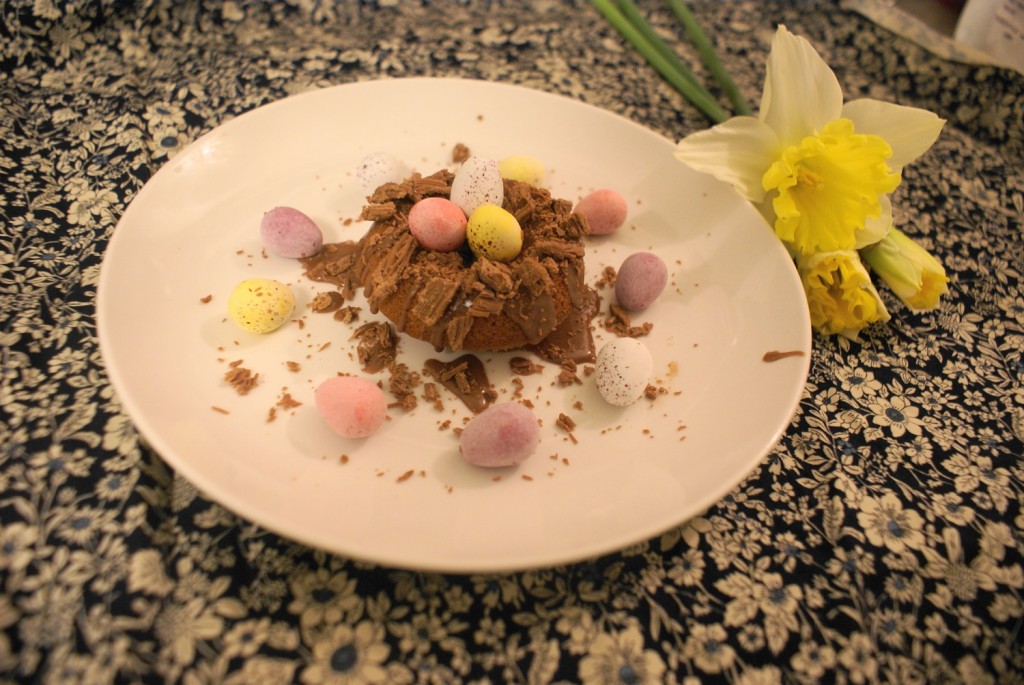 If you’re a big fan of mini eggs, you’ll love this recipe. It’s a step-up from those little cornflake nests you made as kids, and is perfect for an Easter snack or to serve up to guests.

A pack of Mini Eggs

Cream together sugar, butter and Nutella with a hand mixer or stand mixer.

In a separate bowl, sieve together flour, baking powder, salt and xanthan gum if using.

In a jug, beat the egg with the milk and vanilla essence.

In alternations, add half the flour mix to the sugar mixture, then add half the egg mixture. Repeat, missing between each addition.

When all ingredients are incorporated, use a table spoon dipped in warm water to spoon mixture carefully into the donut pan. Fill each well until 1/3 full.

Remove from oven when a knife inserted comes out clean and the donuts bounce back at the touch.

Leave to cool for a few minutes in the donut pan, then turn out carefully onto a cooling rack. If they crumble, they’re not cool enough, so always test one first!

Whilst they cool, beat together 3 tbsp Nutella with 2 tsp cocoa powder. Slowly, dribble by dribble, add a little milk and beat. Add just enough milk to make it runny enough to drizzle off a spoon, but thick enough to hold a trail. It shouldn’t be watery.

Use a spoon to drizzle the Nutella glaze over each donut until it is well covered. Crumble some Flake over each donut so the pieces stick to the glaze. Add one, two or three Mini Eggs into the centre of each donut.

Thanks to Emma from the Make It Shabby team for this recipe!

Would you like to host a craft tutorial, pattern or recipe on Make It Shabby and join our list of featured contributors? Find out more here!