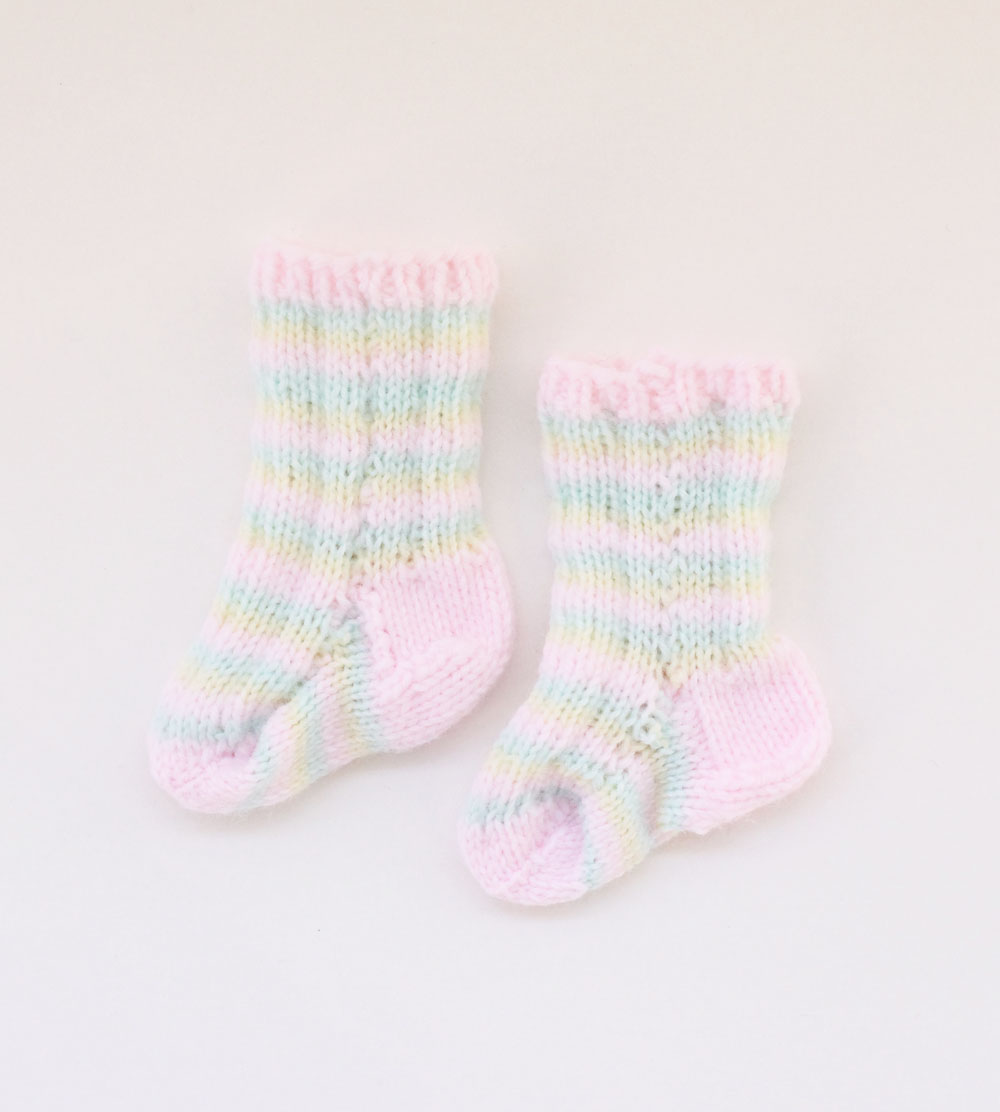 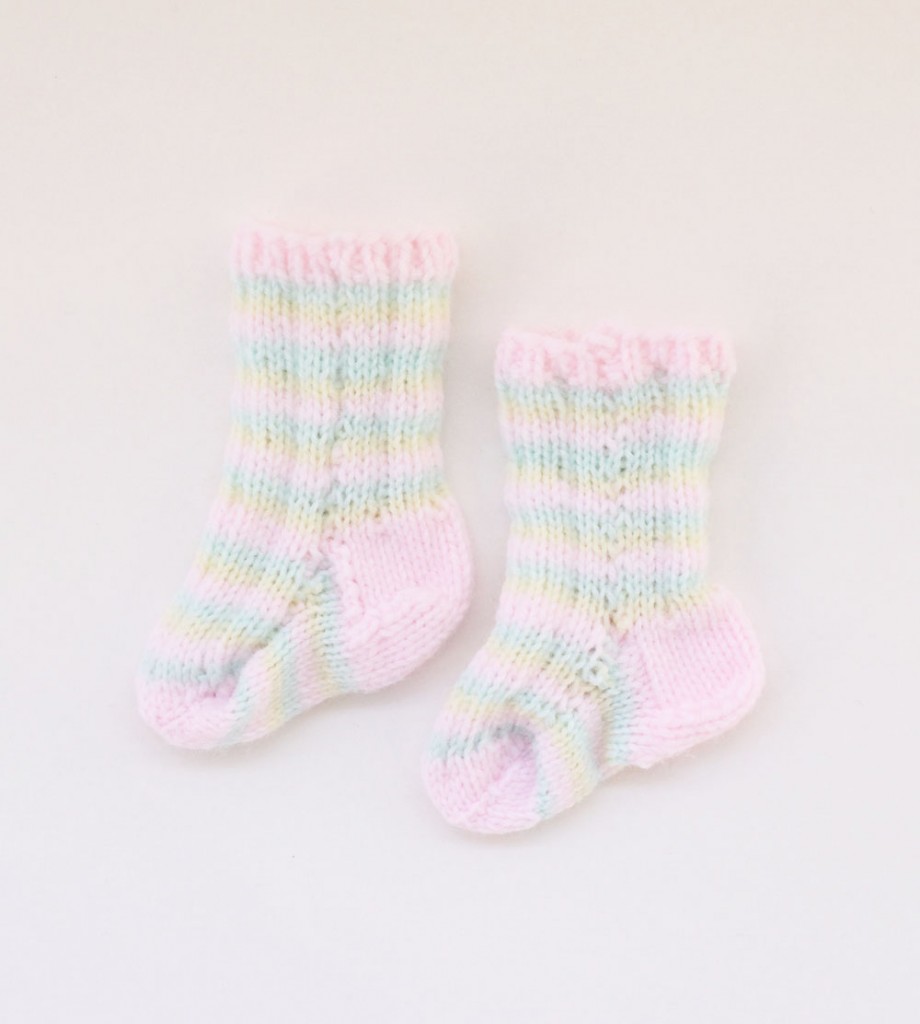 Want to make a gift for a new baby? These socks are adorable and quick to knit too.

Place a marker at the beginning of the round.

On 15 sts, work 7 rows in stockinette st, starting with a Purl row.

Using A pick up and knit 6 sts along heel, 9sts from needle, 6sts along heel, *p1, k3* five times, from instep, move round marker to here and last stitch to left hand needle.

Break B and C

Round 1 – knit to last stitch, slip this stitch onto left hand needle to be the first stitch of the next round.

Join toe seam and weave in any loose ends.

Thanks to Louise from the Make It Shabby team for this tutorial.

Would you like to host a craft tutorial, pattern or recipe on Make It Shabby and join our list of featured contributors? Find out more here!