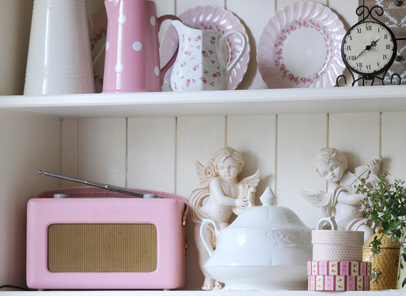 Furniture can be a little dull sometimes, going though sites seeing the same monotonous black, silvers that are part of the custom with metal furniture, and for some unknown reason we accept this with a pragmatic head as it is the ‘cost effective option’.

But let’s be honest it’s like buying an Audi or a BMW – yes it does the job but where’s the magic where’s the soul that you would get when you drive a Mustang or a Lamborghini.

This is what’s missing from a lot of homes, they need to infuse something into their interior design that adds some charm and character to their environment … they need some Shabby Castle Magic.

Now Shabby Chic furniture is something of an enigma within the furniture world – I mean take a look at a Reclaimed Indian Sideboard for example. This is a piece of furniture that looks like it has seen better days but it is exactly for that reason that we love it.

Shabby Chic is all about the history and the story that is has to tell – look at a Reclaimed Indian Furniture for instance, the nuances and textures of the wood indicate that it has seen a lot. Perhaps it was in an aristocratic home at one point, perhaps it could have belonged to a celebrity (unlikely I know), but the point is that it has a history that we may never fully uncover.

That is perhaps the reason that we desire shabby chic furniture like we do as one of the most magical elements of a home is the history and the moments that take place within our homes. Inviting your friends over, bringing your first girlfriend home (now that was a daunting experience), seeing your child take his first steps or saying their first word.

I could go on but the point is this is what shabby chic represents, memories and the magical moments that simply cannot be recreated such as entertaining around my very own Indian furniture exchanging stories, that furniture now holds that magical moment and another chapter is added to its history.

So why not add some Shabby Castle Magic to your home and add to the magic of your home.